To Whom It May Concern

It is with a heavy heart that we inform you that Burke's Books will be closed permanently. We thank all those who have supported us through the years and chose to make us their local, independent bookstore. 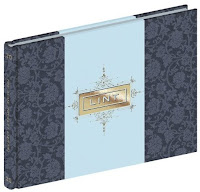 Ware pushed himself to experiment a little with this work and it worked out beautifully.
reviewed by Schuyler
Posted by Burke's Books at 1:17 PM No comments:

Review of : Angels by Denis Johnson

I'm going to devote almost this entire review to Johnson's really just beautiful prose. This is Johnson's first novel and while it took a while to get going, the last half of the narrative (where one character is an mental institution, the other on death row awaiting the gas chamber) is probably the best stuff I've read in a long time.
"She snuck over to Sarah's to borrow the gun and there he was, sneaking home, out of Sarah's trailer with the door creaking so loud in the quiet she took it for herself, screeching, Bill, and he saw, and she saw, and Sarah in the doorway with her panties saw, so everyone knew that everyone else knew what was what with who." pg.15
"Freed of negative energies, he moved easily toward solutions." pg.89
"He felt like a grownup in a room full of children playing with toy cars. To get them to see who he was involved tearing them out of a tiny exclusive world of their own creation." pg.162
"He knew a rush in his veins--he felt their need baked into these walls--and he wanted to make himself a sacrifice and his death payment for something more than his stupid mistakes. If Brian could promise him he'd make the crucial difference for somebody, he would walk through the door and be slaughtered here and now." pg.174
"He couldn't believe he'd actually been asleep. All night he had lain with the Unmade, with God, the incredible darkness, the huge blue mouth of love. I'm going to be turned into space. This is the hour of my death." pg.204
reviewed by Schuyler
Posted by Burke's Books at 1:05 PM No comments:

Review of: Vida by Patricia Engel

Vida is a hard nut to crack. Engel is clearly influenced by Junot Diaz, whom she gives a shout out to in her acknowledgments and Diaz also blurbs the front cover. That's pretty much why I read it, because this is the debut Diaz had been waiting for, apparently. But this influence comes off as more imitation than her own solid voice but then again, it is a debut and Engel is still finding that voice.

Moderately recommended though nothing new in terms of moving Latin American immigrant fiction forward, not to pigeon hole her stuff but I mean, that's what it is...at least right now.

reviewed by Schuyler
Posted by Burke's Books at 8:30 AM No comments:

Come to Burke's Books this Saturday, October 23rd and save with our biggest sale yet! All hardcovers* will be $7.00 and all paperbacks* will be $5.00!


*excludes Bestsellers and "Staff Recommends"
Posted by Burke's Books at 12:27 PM No comments:

I almost feel bad for Jonathan Franzen. It's not his fault Freedom was hailed as an American masterpiece before anyone even had a chance to read it. He writes a book, then he goes over it with his editor, and then the publishing, marketing machine takes care of the rest, launching his status into the ever hyperbolic atmosphere. Again, not his fault. Is he enjoying the praise and attention? Probably. But also, probably not. How can he possibly live up to this standard that critics, fans, and Oprah have set for him?

Well, the short answer is he can't. I tried my best to steer clear of most reviews, positive and negative, before reading Freedom. I had read The Corrections about five years ago and had enjoyed it. Having just finished my undergrad, it was one of the first novels I had read that wasn't assigned to me by a professor. I read it over the course of several nights. Pretty much devoured it. Best book ever? No, not really. But I enjoyed it, and it re-awakened a love for books I hadn't felt since elementary school.

Again, I was oddly transfixed by Freedom. I read it in about five days. This is not to say I really liked it. The speed in which I read a book doesn't always correlate to my pleasure. I guess it says that Franzen's prose is very readable. Some people say lyrical...or that he's a great stylist, but that stuff doesn't mean anything really. Those are just nonsense words to me. But I'm confused by Freedom. It's not as good as everyone seems to think it is, but it's also not as bad either. I guess the conclusion I came to, after having read The Corrections and Freedom, is that Franzen is a slightly-better-than mediocre writer. And trust me, I'm not trying to be mean. I've given this a lot of thought, probably more than it warrants, and he's a good writer, but his work doesn't do anything for me in my gut.

Franzen doesn't deserve the disgusting amount of praise but he also doesn't deserve the malicious attacks (I'm looking at your B.R. Meyers of The Atlantic). The attacks are just so clearly a reaction to the over-the-top reviews. As a reader, we can't take them seriously because they mostly reek of jealousy. Because what if Franzen's work didn't garnish so much attention? What if he worked in moderate obscurity? Would those reviews be so venomous?

In summation, I have this to say about Freedom: Meh. But as LeVar Burton was fond of saying, You don't have to take my word for it.

reviewed by Schuyler
Posted by Burke's Books at 11:40 AM No comments:

Come to Burke's Books this Saturday, October 9th, and get 30% off everything in the store! Hardcovers, paperbacks, toys, games, everything! Get that Christmas shopping done early or just treat yourself!
We'll be open from 9am-4pm. Stop by and save some money!
Posted by Burke's Books at 11:21 AM No comments: